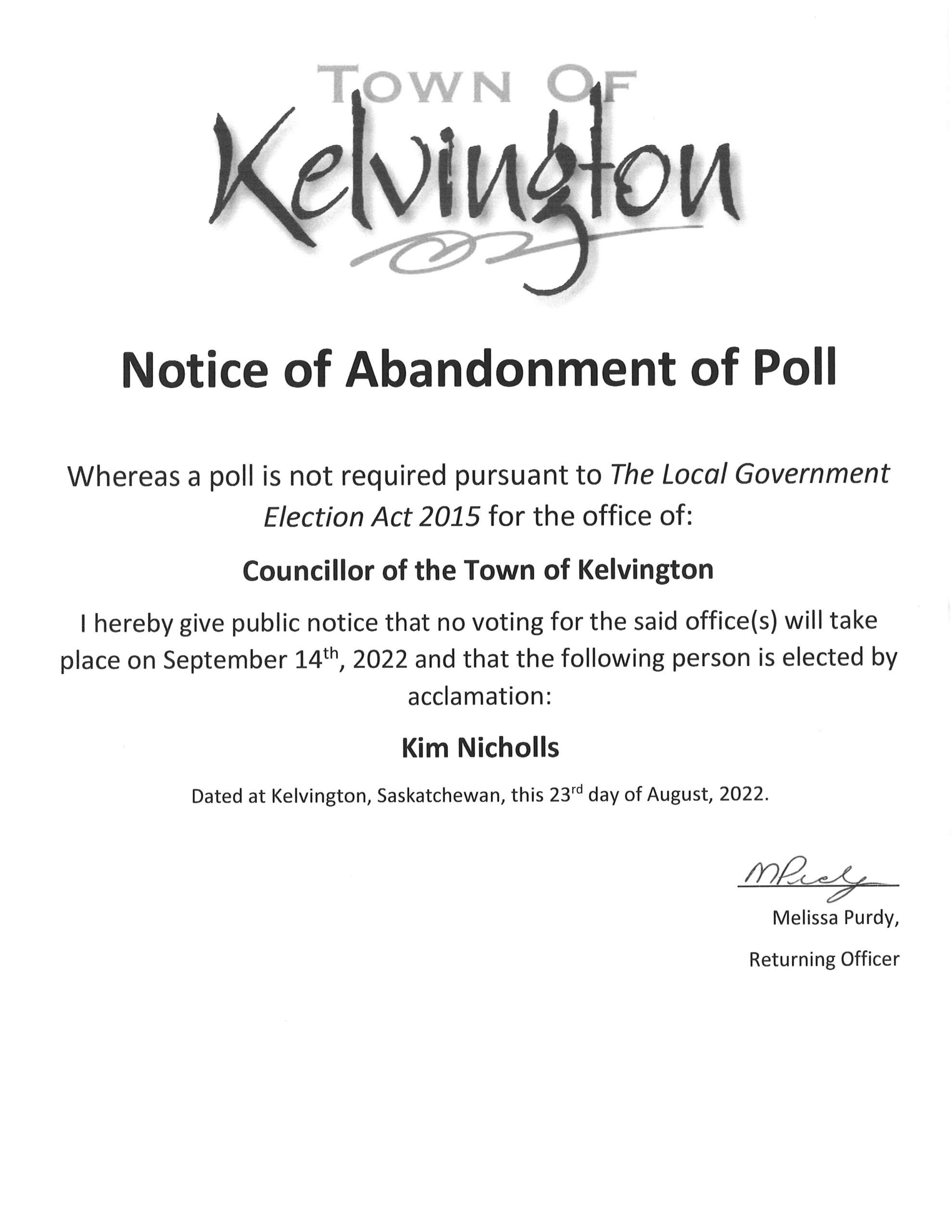 The 2022 Municipal By – Election is fast approaching. Please see the Notice of Call for Nominations.

If there are more than one nomination standing for offices after 4:00 p.m. on August 10th, we will have an election.

If there is one nomination for each office, those persons shall be declared acclimated (elected by default) and there will be no election.

If there are no nominations, a second call for nominations will be advertised.

If there is an election, it will take place as follows:

Advance Poll: to be announced

Persons eligible for nomination as a candidate in an urban municipality must:

More information can be found on the Government of Saskatchewan website:

The Municipal Council Member’s Handbook is also a great resource to learn what to expect during your term of office.